The joy of physical synchrony 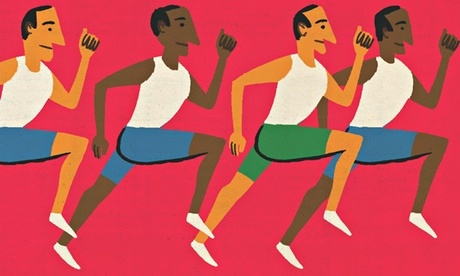 From Usain Bolt’s sprints to aerobics, military marching to Morris dancing, unison in bodily movement helps glue society together in unspoken happiness. A recent study performed by EuroMov researcher Manuel Varlet (now at the MARCSInstitute in Australia), using frame-by-frame analysis of the men’s 100 metres in the 2009 World Athletics Championship – in which Usain Bolt set a new world record race, shows something odd: despite presumably being consumed with the desire to win, Bolt couldn’t help repeatedly falling into sync with the steps of Tyson Gay. Even at this moment of such vehement rivalry, there was unintentional coordination. Did it slow Bolt down? Probably the opposite: there’s evidence that conforming to an external rhythm makes gaits imperceptibly more efficient. So, Gay may have helped Bolt win.