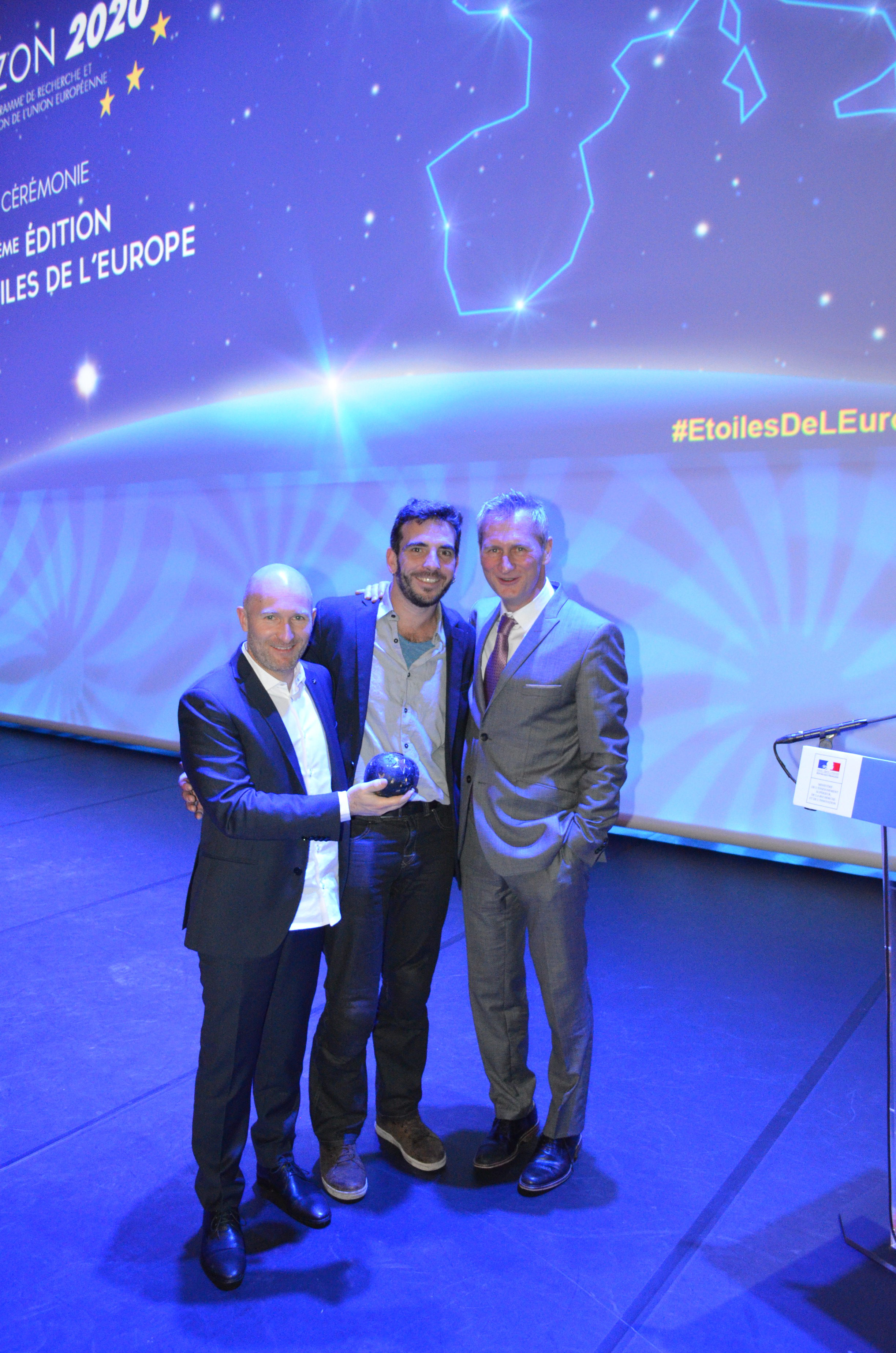 The official ceremony of the 2017 EUROPEAN STARS TROPHY took place Monday, December 4, 2017, at the Quai Branly Jacques Chirac museum in Paris, under the patronage of Frédérique Vidal, french Minister of Higher Education, Research, and Innovation. The trophy aims at supporting french teams who have been selected to conduct their research and innovation in the European context.  It rewards project coordinators in french research or R&D institutions.

The AlterEgo project, coordinated by EuroMov, Univ. Montpellier, was given one of the EU stars, in the category Open Science. Benoît Bardy (coordinator AlterEgo), accompanied by L. Marin (scientific responsible) and R. Salesse (work package leader), received the trophy from Jean Chambaz, president of the Pierre et Marie Curie University and president of the 2017 Europe Stars jury. 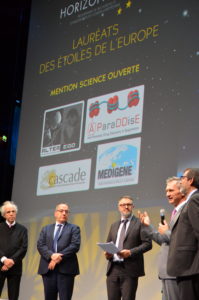 The full list of laureates and jury members, as well as the ceremony booklet presenting the successful projects, are visible here (in french)

Detailed information about the AlterEgo European project can be obtained on the project’s web site. 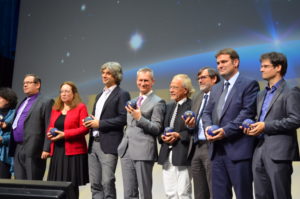