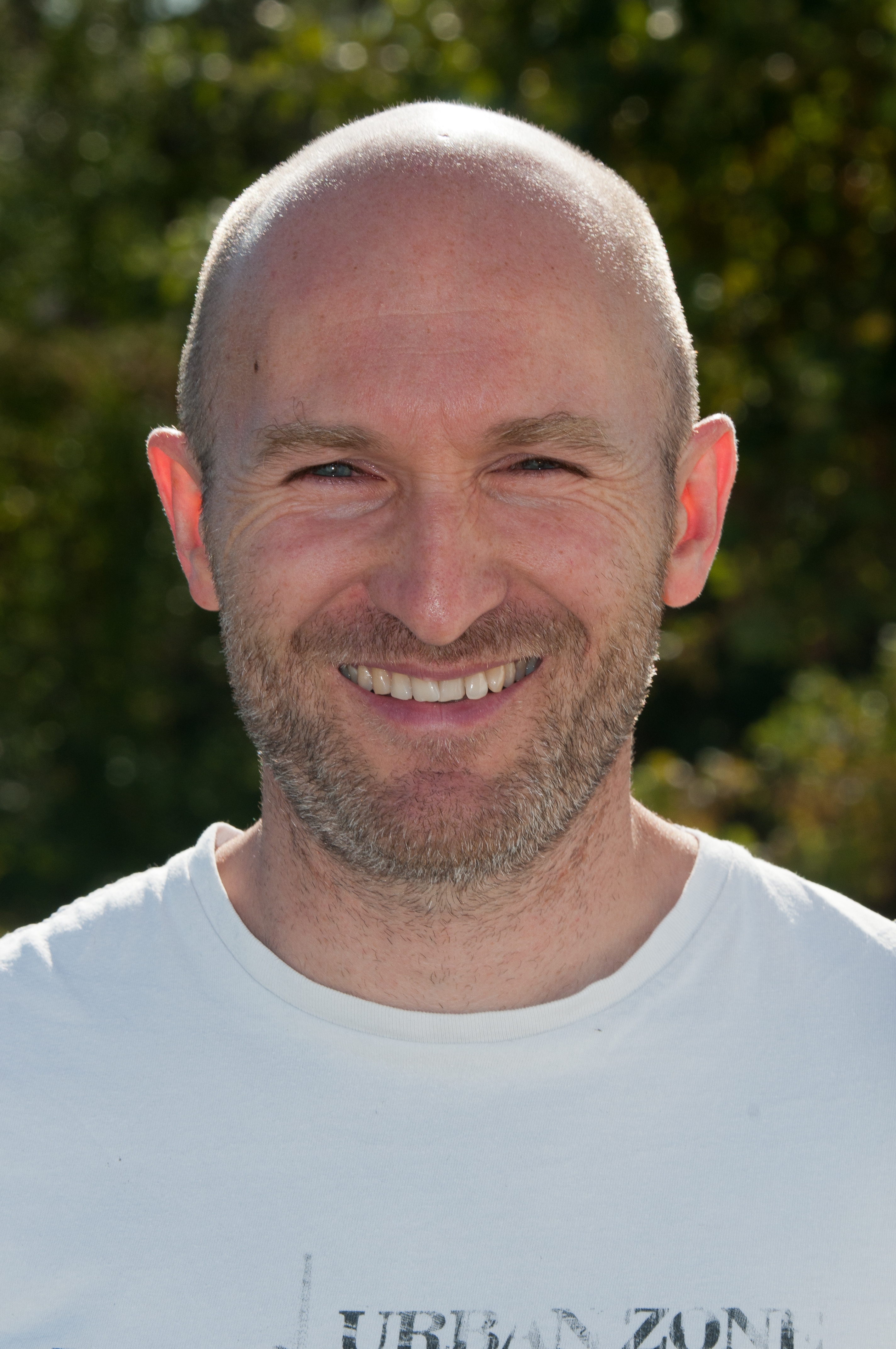 Dr. Marin obtained his M.S., and PhD (1997) in Movement Sciences at the University of Marseille in France. His thesis research explored how humans coordinate their limb movements in order to produce relevant postures during a voluntary head movement task. He used concepts of the dynamical approach to explore this coordination, assuming that the large number of available degrees of freedom could be reduced to a few macroscopic descriptors able to summarize the coordination between components. He found that the phase relation between movements of the hip and ankle could be used to describe the dynamical coordination patterns of postural sway.  Two stable patterns of coordination were found to emerge from the hip-ankle relations: an in-phase pattern (hip and ankle moving in the same direction) and an anti-phase pattern (these joints moving in the opposite direction). These results confirmed the relevance of using relative phase to study postural control in bipedal stance in humans.

From 1998 to 2001 in the “Infant Motor Development” Laboratory, Department of psychology, New York University, New York: he was interested in understanding how locomotion, postural control and motor perception were set up in infant toddlers (from 8 to 24 months old). In particular, he was focused on how these infants were able to perceive a risky environment (gaps in the floor, steep slopes, changes in surface friction and rigidity) while walking or crawling and if so, how they adapted their locomotion to cope with these various environmental constraints.

Dr. Marin’s main research interests lie in the perception and action field, investigating how controlled movements may be coupled with sensory information. He is particularly interested in skilled behavior in infants, adults and elders, whether this is in more traditional motor control tasks or in sport settings. In addition he has been involved with investigating different aspects of the dynamical/ecological approach to perception and action and to intention and action. This includes how infants, adults and elders coordinate together (called interpersonal coordination) and control their posture, orientation and goal-directed movements as well as how visual, proprioceptive and vestibular information are used to control movement and how information and movement are coupled.

As associate professor in the EuroMov laboratory at the University of Montpellier (France), Dr. Marin’s research is focused on inter-personal coordination in interlimb and postural situations. The goal of his research is to determine the sources of interpersonal coordination. Although different fields have investigated social interaction, little work has been performed to integrate their approaches in an interdisciplinary study. Consequently, his work aims at using an interdisciplinary paradigm to examine the multilevel processes that characterize motor coordination and its consequences on social interactions. In order to conduct the investigations he collaborates with researchers from different fields (psychiatry and robotic) to examine motor coordination in healthy individuals and its impairments in agents with social disorders: patients (social phobia, autistic and schizophrenic patients) and robots (deficit in human-robot coordination). In addition to this major research topic, he also investigates the role of the multimodality in motor social interaction. More specifically, he seeks to determine the weight of each sensory modality (vision, audition, touch) and their interactions in interpersonal coordination situations. To carry out these experiments he uses the original method of wavelet transform (and cross-wavelet transform) in order to measure the temporal evolution of frequency, amplitude and phase of non-stationary movements. This work is the first stage in a series of studies investigating the intention-action coupling and the “perception-action” relationship.

Dr. Marin is also the assistant dean of curriculum of the department of Human Movement Sciences (Sport Sciences) of the University of Montpellier. He is also member of several academic and scientific (local and national) committees and boards.